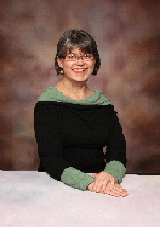 Graduated in 1990 from the West Coast College of Massage Therapy, 2400 hours program and has maintained a private practice since then. She completed the Dr. Vodder training in Austria in 1992. Koby became a basic Instructor with the Dr. Vodder School in 1995, Therapy I Instructor in 2000, in 2004 she completed the certification training for teaching Advanced Esthetician Neck and Face, and Advanced Body/Spa levels and in 2010 became a Therapy II & III instructor. In 2002, Koby became certified through the Lymphology Association of North America (LANA).
She has taught classes in Australia, Ireland, Japan , Israel and Brazil and throughout North America (including Stanford University Hospital and the Ottawa General Hospital). She has presented at a World Conference on Breast Cancer, the Canadian Association of Wound Care and several other conferences in Canada and the USA